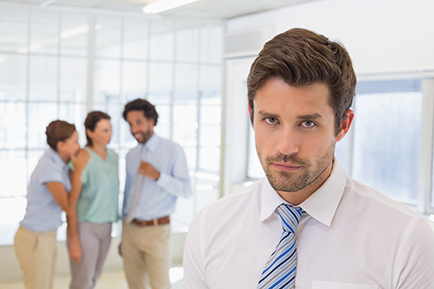 We know that sexual harassment is illegal and occurs when people are targets of unwanted sexual comments, sexual gestures, or sexual actions because of their actual or perceived gender, gender expression, or sexual orientation.  But it still occurs in the workplace even with all the media attention and punitive consequences.

Michael Farrell, director of the EEOC’s Miami District, has openly stated “Federal law is abundantly clear that sexual harassment will not be tolerated. Employers who ignore anti-discrimination laws should be on notice that they do so at their own peril.”

To really STOP Sexual Harassment, we need to venture beyond only compliance training and look at the psychology of why it happens. Shifts in work attitudes toward sexual harassment may ultimately be the most valuable tool in combating sexual harassment by creating a shared sense of responsibility and accountability.

The Psychology of Sexual Harassment

Increasingly it is understood that anyone can be a perpetrator and anyone a target or victim. But knowing something is wrong doesn’t always stop or prevent it from happening.  Often, we are self-absorbed, and we can change our values to justify behavior.  Meaning that a manager can use his or her power to benefit others but can also gain personally by his or her actions (or be perceived as such). Many believe they will not suffer any negative consequences, and some blame the victims for being too sensitive or misunderstanding their intention.

According to a recent study by the Harvard Business Review, 75 % of women do not report sexual harassment because of three main reasons: 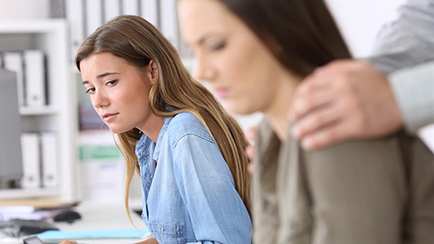 Fear of retaliation by harasser or organization

Bystander effect
When others are present, we are less likely to help a victim or speak about for two reasons:

Effective Management Tips to Stop Sexual Harassment in the workplace
Share these tips  as part of your  ongoing training and your new hire orientation with every new employee who enters your department, whether a new hire or a transfer:

Keep in mind that when it comes to harassment and discrimination, your actions, and how your actions are perceived, matter more than your intentions.